The year since the COVID-19 pandemic has been a stressful one for everyone at Projetos Sociais Estação Vida, our partner NGO in Uberlândia, Brazil. While the mayor had asked for public functions to be closed during lockdown, Estação Vida stayed open to continue helping, and the need was very great.
With the pandemic and mandatory lockdown, no kids have been flowing through Estação Vida. While nearly US$20,000 was in the NGO's account, it was from a government grant and earmarked solely for the purchase of meal items to feed the children on-site. As such, they were forbidden from using it to purchase food for neighborhood families in need.
Many parents in the Shopping Park neighborhood found themselves unemployed and struggled to obtain basic groceries for their children. Donations were received from different companies in the city to help out the struggling families during the pandemic, and at the peak 500 families were aided in a period of six months, being given non-perishable food items and, once or twice, cleaning products.
In due time permission was received to access the funds on hand, at which point the food crisis was already being handled through the aforementioned donations. Rather than let the money go to waste, as any amount from that grant left over at the end of the year would have to be returned to the government, they opted to make physical improvements to the grounds. This included the equipping of new computers for a lab, and a paved patio behind the kitchen for receiving supplies. 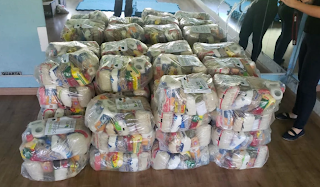 In the meantime other programs continued to operate, and pending the end of the crisis Estação Vida will be well-positioned to resume its important work with the children of the community. A long road remains ahead, however, as Brazil continues to see record-breaking daily numbers of infections and deaths. As of the date of this post, there are 1,261,435 active cases in the country as a whole, with 321,886 deaths counted. Tuesday of this week Tuesday a daily record tally of Covid deaths, recording more than 3,700 deaths. Brazil has the second-most Covid deaths in the world, according to Johns Hopkins University. Further, less than 2% of Brazil’s population has received at least one vaccine dose. In the city of Uberlândia the city government has imposed an 8pm curfew, is prohibiting large gatherings, and has even banned the sale of alcohol in an attempt to discourage parties.
The board of Uberlândia Development Initiatives met recently and decided on a path forward for banking and receipt of donations. Within the next few weeks we'll be ready to begin promoting in earnest the work of our partner NGO, and we hope that many will decide to join us in supporting this work.
Labels: COVID-19 Estação Vida Uberlândia update 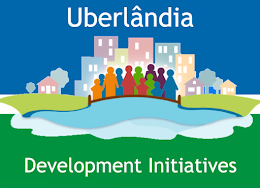